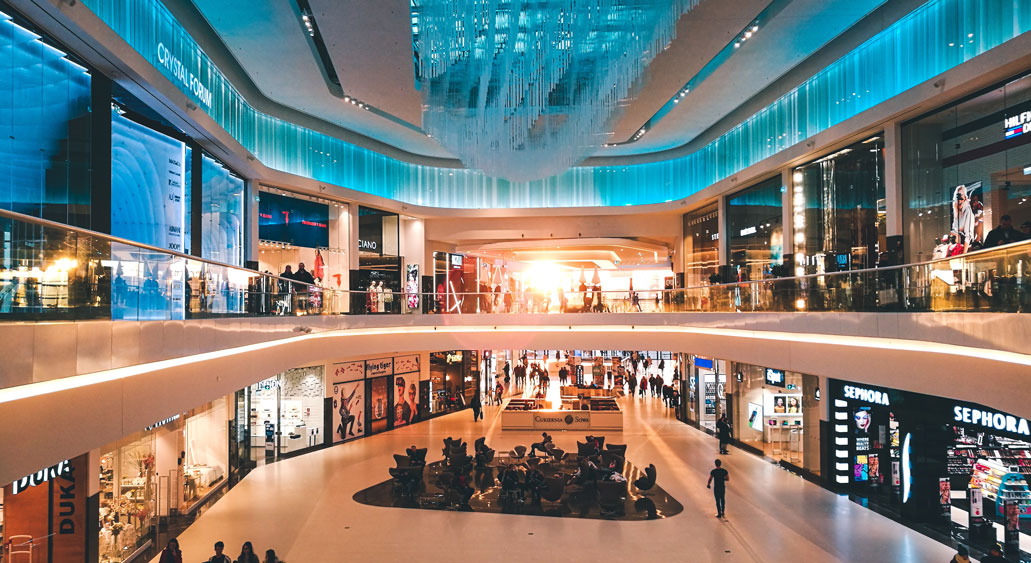 As malls evolve to face the future, property owners must change their approach in order to thrive

Shopping malls changed the face of retail forever when they burst onto the scene more than a half a century ago. But just as they represented a new type of shopping when they appeared, so too have customer requirements continued to shift in the years since then. To thrive in 2019, malls must offer something different to what they did back in the 1950s, the 1980s, or even the 2000s.

There are multiple reasons for this transition. Some are driven by new technologies. The rise of online shopping, with its ease of use and promise of one day shipping, has affected shopping malls in the same way that it has impacted high streets. The retail index in the United States, and many other countries, has remained flat for the past several years, while e-commerce giant Amazon grew by upward of 100 percent in the same space of time.

At the same time, the effects of closures and consolidations of once-major department stores is still being felt. The bankruptcy of previously giant retailers such as RadioShack and J.C. Penney was unimaginable just a decade or two ago. Today, it is very much a reality.

One other big shift is the rise of new generations of shopping, complete with their own preferences when it comes to purchasing. Millennials will soon make up the biggest demographic of spending groups, with the post-millennial “iGen” generation (those born after 1995) following close behind. These demos have different requirements and spending habits. They are more likely to spend money on services instead of goods, and more inclined to throw down cash for comforts and conveniences like eating out, when compared to previous generations.

In other words, the problem isn’t that people aren’t spending. It’s that they are changing the way they’re spending — and retailers who want to be successful need to change with them. And the same holds true for mall owners, hoping to attract these retailers.

An end for shopping malls? No way.

Just as malls arose from changes in the shopping requirements of customers moving to the suburbs 50 years ago, so too can smart decisions mean taking advantage of these new shifts to make the mall relevant for 2019. With more and more apparel bought online, many successful malls are shifting to embrace non-apparel categories. These include the likes of grocery stores, dedicated space for pop-up shops, higher visibility for live performance and food services, medical services like dentists and pharmacies, public libraries, gyms and fitness or yoga studios, and even – in some cases – office space and residential units.

While some of these categories exist online to varying degrees, they are also firmly rooted in the real (read: offline) world, thereby making them a safer bet for mall managers in want of a long-term lease. These changes can return shopping malls to the social community spaces that they originally represented, along with ensuring regular returning footfall from shoppers. In short, they transform malls from simply places to buy things into lifestyle centers or “Consumer Engagement Spaces” (CESs).

These changes aren’t just about finding whatever businesses are willing to invest in leasing space so as to cover the big gaps left by declining department store titans. It’s about curating a mix of services which complement one another, and will encourage customers to come, visit, and spend time in the location. The idea of malls as places to push out product offerings to a homogeneous mass market must be replaced with a pull-market focus, in which malls are designed to fit the needs and interests of an ever more diverse consumer market, catering to a variety of ages, ethnicities and localities.

The tool you need to succeed

Fortunately, there are tools which can help you plan for this brave new world of shopping mall-based retail. P.O.C’s Space Management System software makes it easier to intuitively manage large commercial spaces. It is designed for continuous, dynamic editing: letting users slice, parcel, organize and otherwise optimize floor plans to their heart’s content. In particular, it lets mall owners or managers divide floor plans into color-coded regions such as food courts, free space, or different kinds of retail stores. All of these can be easily retrieved and highlighted through an intelligent search engine.

Once you have decided on changes, you can then carry out detailed simulations to see what the effects might be; allowing you to independently experiment with different ways of dividing up your commercial space. This can also help highlight commercial space that is underutilized and therefore wasted.

These alterations and simulations can be carried out using an intuitive graphical interface in a way that won’t leave you dependent on AutoCad specialists or architects to implement: something which can be both costly and time-consuming.

The Space Management System additionally makes it a breeze to generate detailed custom reports regarding your properties. The end result is a system that will allow you to proactively maximize the potential of your premises — regardless of how malls continue to change in the coming years.

Business leaders who plan for the future have already seen the value of agile working.

The coronavirus is no stranger, due to the new circumstances of workspace environments, employees who are working remotely have been handed ‘employee agility’, which was once a trend and is…

Take the opportunity to Utilize workstations during this crisis!

Many employees work from home, some arrive, and some do not, some are sent on unpaid vacation leave and some are left with the uncertainty of if they will ever…